World Schools is a dynamic debate format that teaches students the value of a global worldview, teamwork, and thinking on their feet. World Schools serves students in a way that other debate formats do not; by placing communicative skills at the forefront and encouraging the synthesis of information in ways that are not strictly empirical. These are particularly timely and important skills and concepts as the world emerges from a global pandemic. Over the last year the ways in which we interact with one another have forever changed. World Schools is practiced all over the globe, and for years many national teams have practiced online as they are often not in the same place at the same time. So, the notion of online preparation is not new to the format. In our second year of online institute will draw from our previous experiences with online debate education, which our staff has been involved in for ten years, and the resources provided by the university to ensure that we continue to hit our curricular goals and meet students’ needs on this new camp platform.

Our online schedule is designed with the screen fatigue that many students are experiencing over the past year in mind. We seek to offer a variety of engaging opportunities while also giving students breaks away from their screen. To this end, there will be a combination of required and optional activities every day.

We will use Microsoft Teams to host sessions that give students the opportunity to engage our staff in multiple ways. Through small group lectures, students will learn how to break down and analyze a variety of motions and discuss strategies for all four speeches of the debate. There will be a variety of practice rounds, both prepared and impromptu where you will put it all together to simulate tournament level preparedness. Our faculty aims to be a partner in your debate success. We use proven techniques to continuously assess and adjust curriculum based on individual student needs. In addition, the online platform gives us the exciting opportunity to collaborate across divisions and gives our World Schools students the opportunity to learn skills and content from instructors in other formats. We think that these new perspectives will help our students become more well rounded debaters overall.

World Schools topics change from round to round. Students are challenged to produce quality well-researched arguments through prepared motions which are published well ahead of a given tournament. They must also learn how to draw on their wide knowledge of current global issues during impromptu motions. These motions are announced an hour prior to the round, and students must prepare for the debate without the use of technology or the internet. It is an exciting format that probably most closely mirrors what students imagined debate to be like with no prior knowledge. The nature of World Schools opens itself up to the use of analogy, drawing from literature, and discussing the principles that guide us through various world questions. We will use a balance of prepared and impromptu motions throughout camp to keep you engaged and give you the best experiences to enhance your debate education.

We know what it takes to compete at the highest levels, and we will share that knowledge through our curriculum. Our staff will use their extensive knowledge to guide you towards success in the 2021-2022 competitive season and beyond.

Debate is the single most transformative activity I engaged in in high school. I can remember being a shy girl who was smart but deeply unsure of herself. After an injury sidelined me from athletic competition, I found debate as a competitive outlet. It ended up being so much more. Debate helped me find my voice, taught me how to deploy it in an impactful manner, and broadened my understanding of the world. It fundamentally changed me as a person, and I am proud of the woman I’ve grown into because of it.

I come back to debate because I have seen similar journeys in the students I’ve worked with over the years. I am consistently amazed by the people I’ve met through debate, and I feel honored to be part of crafting experiences that challenge students in the same way I was challenged years ago. They challenge me too. It is the most difficult and rewarding work of my life.

At Mean Green Comet we strive to develop the whole student. We will strive tirelessly to help each other achieve our goals. We will foster an environment where students feel safe to express themselves and encouraged to experiment with new ideas and literature. We will hone individual skills and celebrate those victories.

We will also create a community that students can return to throughout camp, next season, and for years to come. Increasing accessibility and diversity in debate is an obligation shared by all its stakeholders, and we will do our best to let these principles guide us at Mean Green Comet. Our goal is always to create alumni who leave their debate communities more enriched than they found them so that those communities can continue to enrich new students year after year. 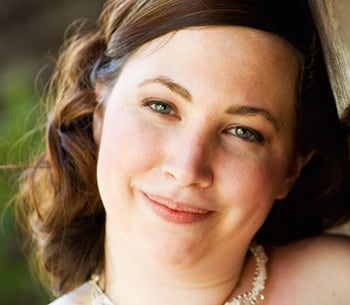 Jenn Melin is excited for her second year Directing Mean Green Comet. Jenn has previously Directed the National Symposium for Debate’s Texas Campus and directed curriculum for the University of Texas National Institute for Forensics and Victory Briefs Lincoln Douglas debate camps dating back to 2010.

As an LD coach, Jenn has been active in the national and Texas debate communities for over fifteen years. Her students have advanced to elimination rounds of virtually every major national tournament. This season her students have championed the following Tournament of Champion bid tournaments: The Minneapple, The Glenbrooks, Harvard, Princeton, Holy Cross, Isidore Newman, and Newark. They were runners up at Blue Key, Stanford, Columbia, and University of Pennsylvania. They amassed a total of twenty-six bids to the Tournament of Champions and were Octafinalists at the TOC and two of the Quarterfinalists at NDCA. Previously, she has coached champions of the Grapevine, University of Texas, Blue Key, Blue Key Round Robin, Strake Jesuit, Strake Jesuit Round Robin, Colleyville, and Voices Round Robin. In addition to coaching semi-finalists at St. Marks and Greenhill. Jenn has specialized in working with students from small Texas programs and has qualified a significant number of those students to the TOC and NSDA Nationals over the years. The 2019-2020 LD TOC Bid Leader was one such student. She has qualified almost every student she’s ever coached to TFA State; culminating in a record setting fourteen LD qualifications in a single year. Jenn is the coach of the 2020 TFA State Champion in Lincoln Douglas. Her students have participated in out rounds of both TOC and TFA. Jenn has also coached a UIL 5A State Champion and last year’s UIL 6A runner-up. 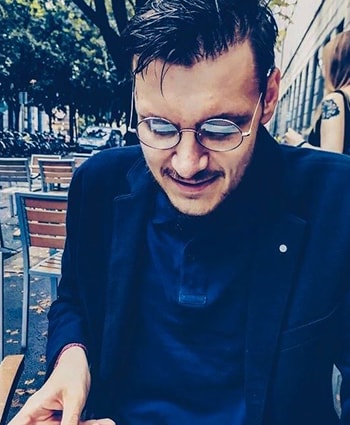 Miha Andric is an international communication, speech & debate teacher, philosopher, and sociologist. He is currently Director of the National debate organization (ZiP), Board of Directors of the International Debate Education Association (IDEA), President of the Society for development of Humanities and Head of School Speech & Debate Program Argument, the most successful school debate program in Europe between 2014 - 2018. He has been serving as Program director of several international debate academies in Middle East, Africa, USA and Europe and has been national WS teams head coach from 2013. He has been Chief Adjudicator or Expert coordinator of more than 30 international competitions all around the world and has been training students and teachers in more than 50 countries.